A KITCHEN ISLAND GENERATED BY AN ALGORITHM! 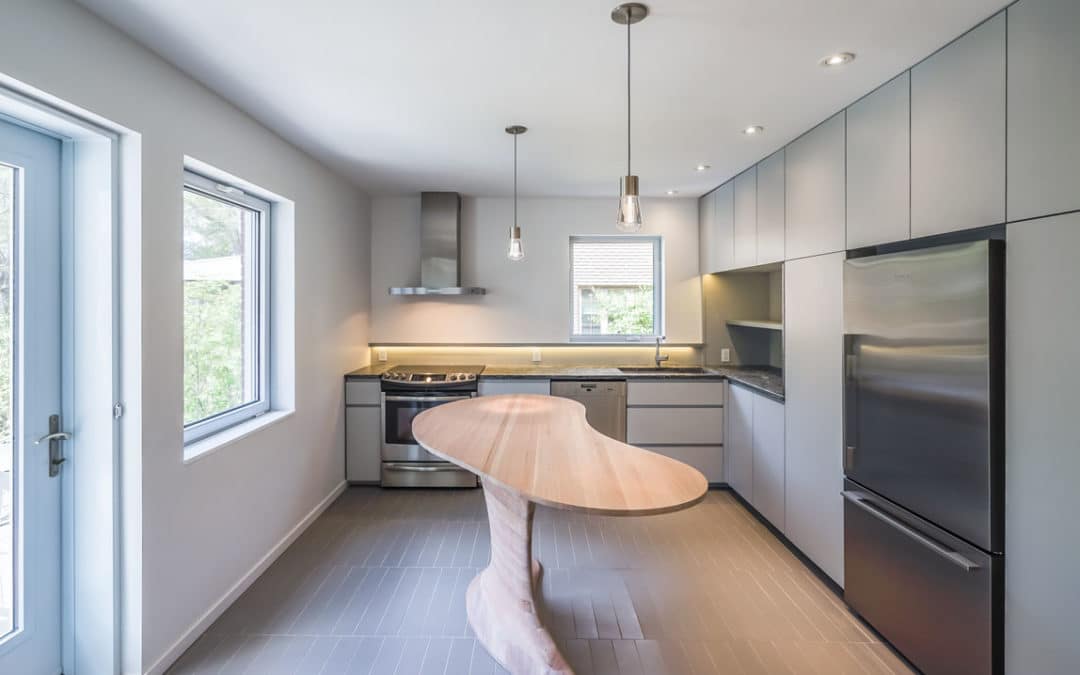 From design, organic and mathematical inspirations, the kitchen island was made from a parametric formula.
On the ground floor of a triplex in Ahunsic, Montreal, a kitchen transformation has been realized by L.McComber, architect.

In collaboration with Expérience Bois company, the mandate was to produce a custom made kitchen island according to a mathematical algorithm. Adapted specifically to the the needs and room size, the island is large enough to accomadate 4 people.
In addition to its peanut shape, the organic form of its feet was generated by an algorithm recalling a pedicle; stalk of a mushroom. Large at the bottom and the top and thinner at the middle.

Finally, we machined the cherry wood with our CNC 5 axis. As the island is made with complex forms and particularities, it was necessary to use specialized equipment adapted to the project. 4 cherry wood blocks were machined separately and assembled to create the island.

Here is a video of the machining of one part of the island.