A mould for the McGill Canoe Concrete Team! 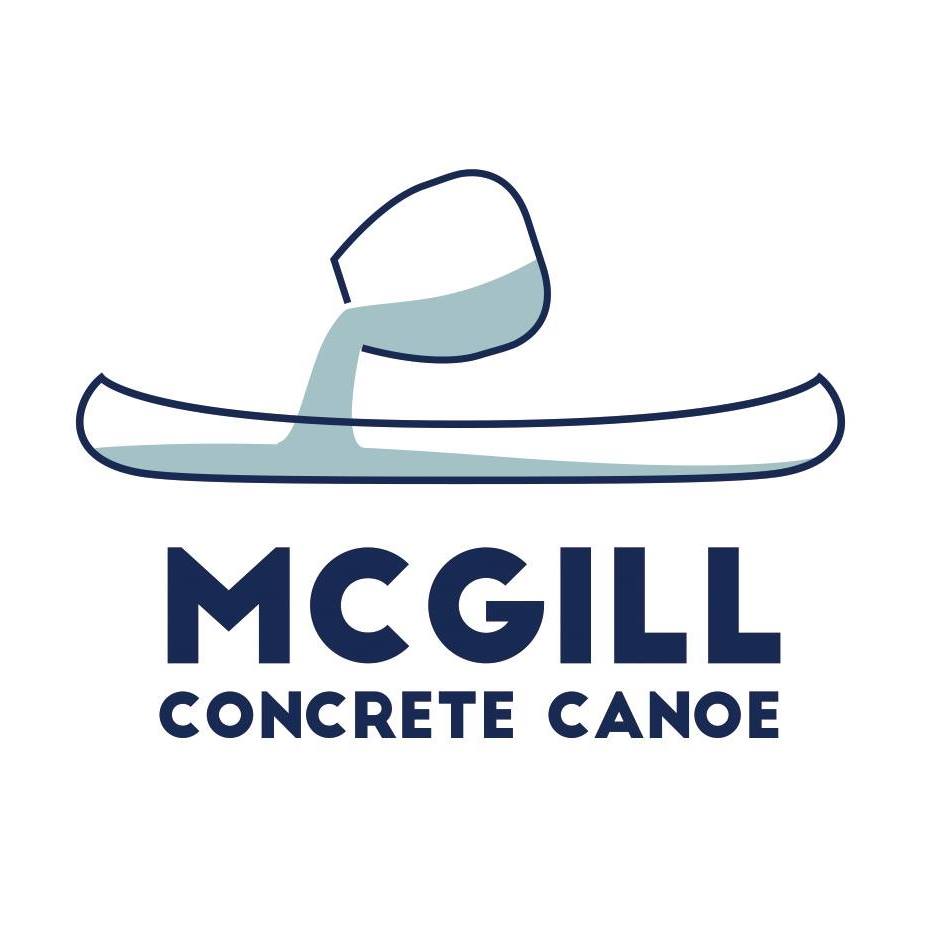 Year after year, USIMM helps McGill Canoe Concrete Team, some of McGill University undergraduate engineering students who create and race a concrete canoe, bring their project to reality. This past May they competed at the Canadian National Concrete Canoe Competition, hosted by McGill in Montreal, and placed 7th out of 14 universities from across Canada.

USIMM’s involvement is to produce the mould the students use to build up their project. This mould has to be shaped as perfectly as possible to allow the canoe to slide on water as smoothly and straight as possible. USIMM starts by preparing and separating the 3D CAD drawings, done in-house, that need to be produced according to the length and shape required and to work best with our 5 axis CNC. The mould is fabricated from Polystyrene sheets glued together and then cut by our CNC machine. 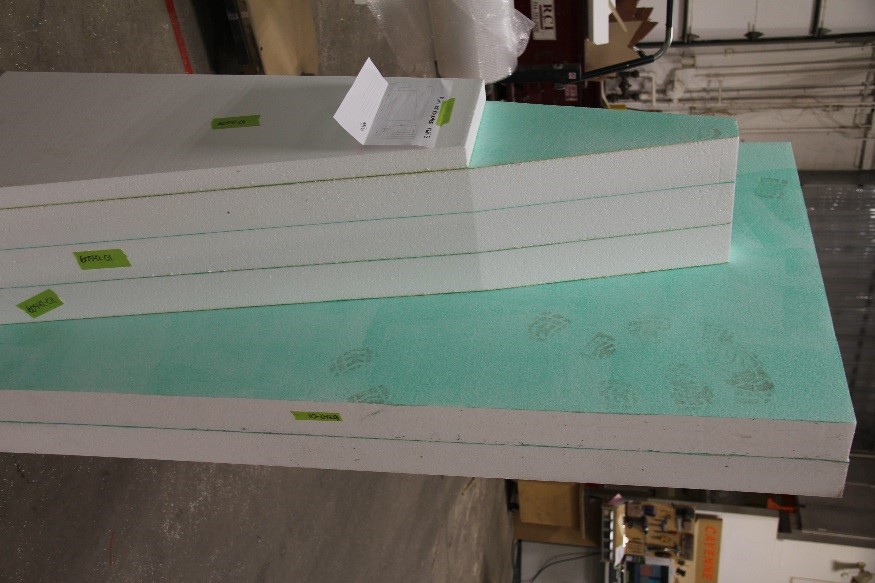 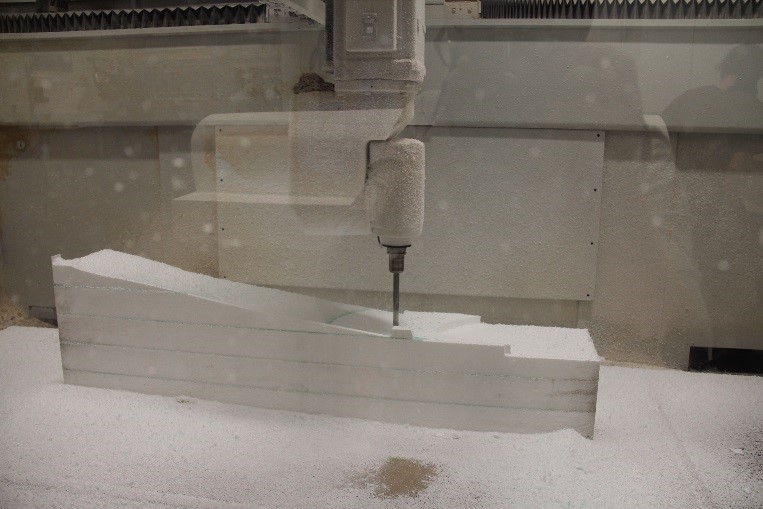 We even make a special part to fit at the ends of the canoe when it is put together so that the extremities are perfectly pointed out and straight. 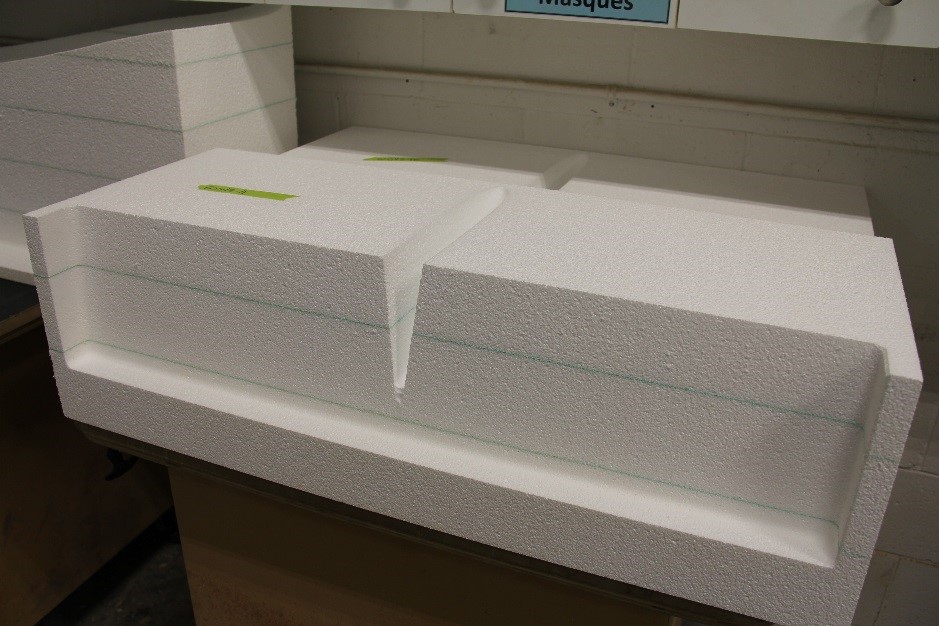 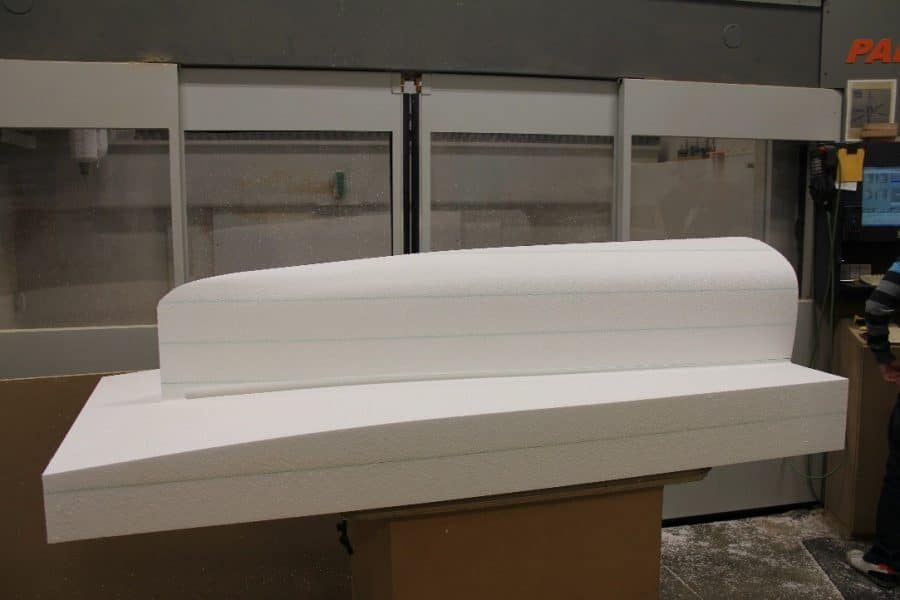 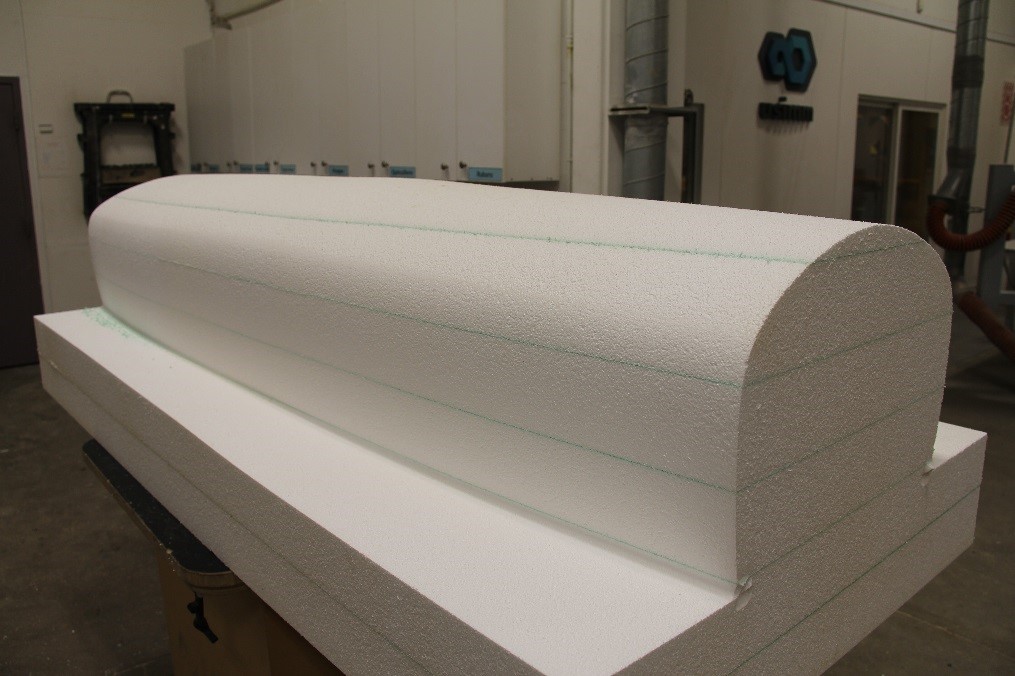 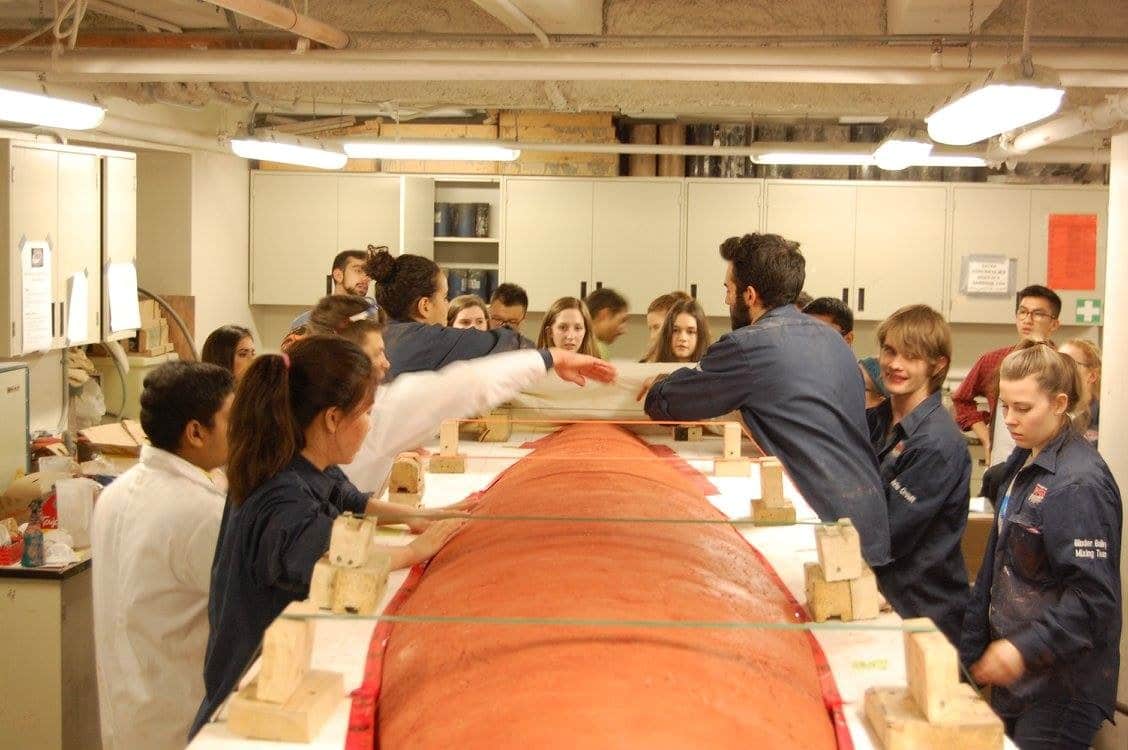 Parts are picked up in our Montreal shop by the University team and put together by them. They are often asked how it’s possible to build a canoe out of concrete that can still float. Their solution is to use ultra-lightweight aggregates, made from recycled glass, to produce concrete that is less dense than water.

This year’s canoe was named Posterra, a union of the words ‘post’ and ‘terra’ – meaning ‘after earth’ – representing engineering in a world where there are few resources to engineer with. It weighs 92 kg and measures 5.78 m in length and 0.67 m in width.

Julianna Fischer from the McGill Canoe Concrete Team: « We would like to sincerely thank USIMM for your contribution to our concrete canoe “Posterra”. The canoe would not have been as successful without your perfectly shaped mould. The structural analysis team who designed the canoe was very excited to see the foam mould once it was finished! We are looking forward to working with you again this year! »